Dubbed “The World’s Fastest GTR”, the HKS GT1000+ GTR, together with Nobuteru Taniguchi recently made an explosive entry onto TIMETOATTACK stage with a never before seen, blazing laptime of 2:07.193.

HKS’s pièce de résistance R35 GTR has every available HKS part thrown into it. As the name suggest, the GT1000+ produces in excess of 1200hp and this caged Godzilla of Godzillas began life from a 4.1L stroked VR38 featuring reinforced components, matched with not 6 but 12 pieces of 575cc injectors to provide enough race juice for when twin GT1000 turbochargers introduce an atomic surge of boost at full chat. The GT1000+ GTR won’t go far if not for the work that had gone into transmission engineering. The standard twin clutch box had been reworked with bigger and stronger gearset, ensuring the ‘box’s ability to withstand up to 1400hp. Exterior and Aero wise, a huge part was contributed by BenSopra, where everything from the front and rear bumpers, diffusers and such were applied. The HKS GT1000+ if you hadn’t already know runs on Advan full slicks and during the attack weekend, it was a classified as a demo contender. The TIMETOATTACK platform allows for Semi Slick tyres only. Even so, the sheer rarity and performance of the HKS GT1000+ GTR has inspired many at the fateful weekend, clocking in at an untouchable lap of 2:07.193! It is no doubt the lowest lap time figure we’ve seen throughout the years of TIMETOATTACK and is one to be inspired from and perhaps see a worthy contender challenge it in the near future. 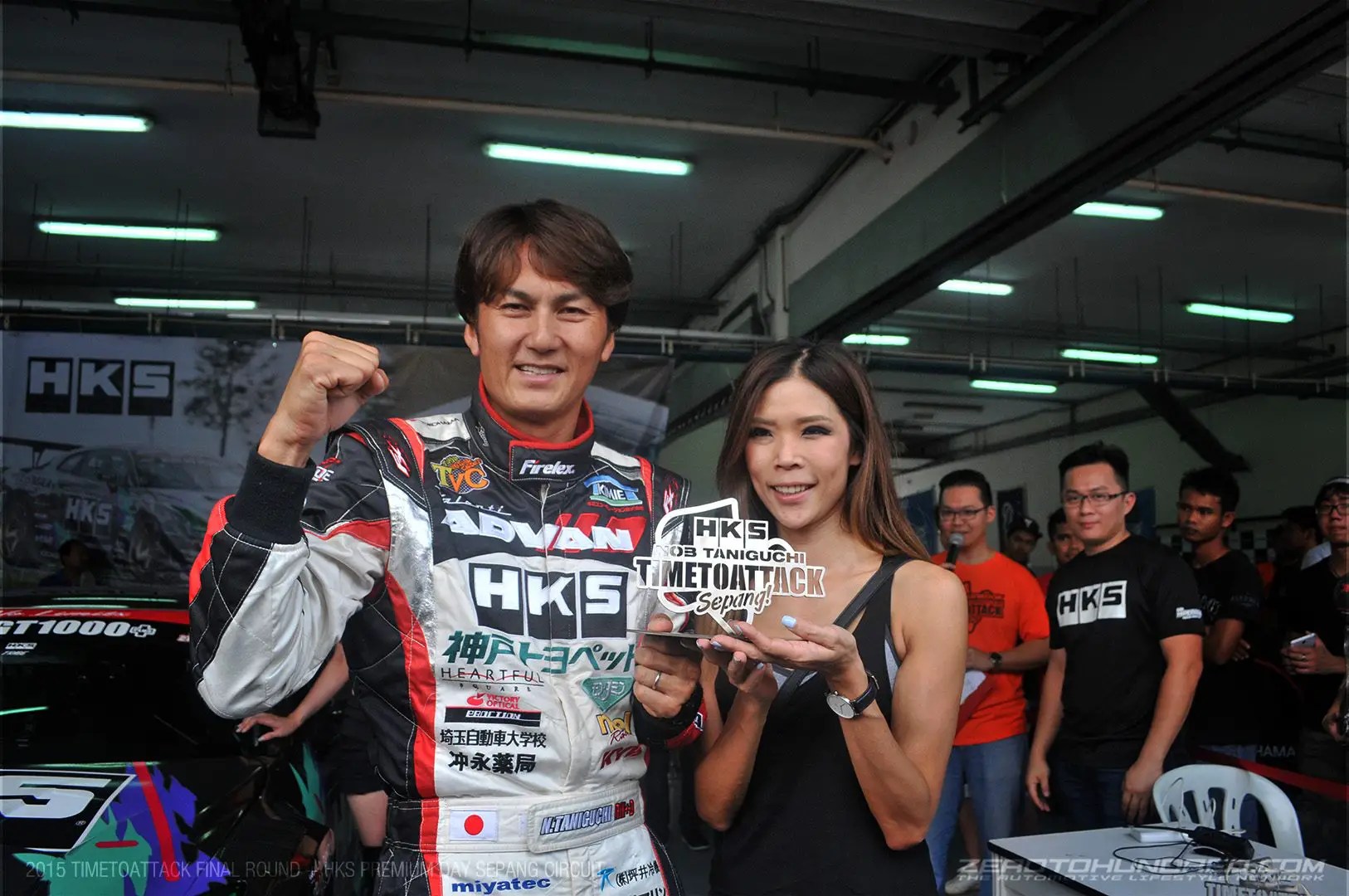 For more on the HKS Premium Day + TIMETOATTACK Final Round 2015 read our event report here:

This HKS Premium Day themed TIMETOATTACK Season Finale 2015 was brought to you by:

Do visit www.timetoattack.net for complete results, lap times and everything about TIMETOATTACK! Stay tuned as we update you on our plans for 2016!