The man himself that blew the lid off the grassroots sport of gymkhana wasn’t actually present but the participants on hand did more than enough to fill in for Ken Block at the first round of the Cyberjaya Gykhana Challenge 2011, or Cyberkhana, as it came to be known. Although the DC Shoes founder’s take on the car park rally was anything but grassroots or small-budget, which is totally against the origins of the sport itself, it was nonetheless entertaining on so many different levels and actually gave the sport exposure in terms that would be impossible to quantify. Luckily, the events that unfolded on Sunday proved that you don’t need big-budget builds or abandoned airfields to have fun in gymkhana. It was car park rallying to the truest form of its interpretation. The opening round of the five planned for the series kicked off with much anticipation but was leveled by equal amounts of hesitation as well, apparent from the participants and crowd turn out. However, being the opening round of a brand new series, matter such as this are to be expected. By the end of the day, the success would definitely do much to rope in larger numbers for the second round, which will be held on 21 May. The course consisted of a long starting straight that was broken by a donut and figure-of-8 before moving onto a little slalom with more donuts, 180, 360 and even 720 degree turns and another slalom before the ending that was made up of a sweeping stretch. Things were made a bit more exciting with some sandy patches and small areas for the donuts. This resulted in more than one occasion where the driver’s found themselves having to back up to make the turn. Cars were split into two categories, with the front-wheel drive class filled to the brim. All other drivetrain layouts were thrown into the rear-wheel drive class, and that included 4WD, AWD and mid-engined machines. Regulation and requirement wise, things were pretty laid back and looking back, that probably prompted more participation. Road-legal and track cars were welcomed as were all types of tyres. Even a racing license wasn’t required, just your regular driver’s license. Furthermore, it wasn’t restricted to just Malaysians, leading to a couple of Singaporeans joining the fray as well. The format of the competition gave each participant two official runs of which the best time would be selected and ranked. Following that, the top five drivers from each class will move into the finals. In the finals, the drivers were given a solo run to set the fastest time and the fastest time in the finals determined the winner of each class. For the opening round, the winner of each class received 10 points followed by seven for second, five for third, three for fourth and a single point for fifth. All the points would be accumulated over the five rounds and will determine the overall winner that will take home a cash prize of RM2,000. The machines present that day could be coloured a light shade of variety but on the whole, the palette was more or less made up of similar machines. Protons were well represented with your regular street Satrias and tuned up Wiras. There was even a few sporting roll-cages with navigator in tow. Satria Neos weren’t far behind either. Of course, no gymkhana event would be complete without at least one totally bone stock car, and a Saga BLM duly shouldered that responsibility. Other makes included the mandatory Hondas and Subaru Imprezas. One of the stand out cars had to be a supercharged Myvi, that shrieked like a banshee every time the throttle was mashed. Completing the roundup was a couple of Nissan Silvias and lone-ranger Nissan Bluebird 910 that was quite the sleeper with its ragged body that hid a tuned-up SR20DET under its sheet metal. Joining the Bluebird in the flying-solo category was an older sibling 280ZX with a new heart under the hood. A Lotus Exige completed the roster of machines on the day. Earlier on, a number of Renault Megane RS250 owners showed up too for a free run at the course. The Euro hot hatches, though more at home on the circuit, would also be well suited for a little gymkhana dancing. The opening runs on the day were under dry and hot conditions and it foreshadowed the way things were going to head throughout the day. However, towards the end of the second run, the clouds begun to open up and in the blink of an eye the car park had turned into water retention pond. Thankfully, by that time, all the regulation runs have been done with and only the finals were left. At that point, the organizers had left the decision to run the finals with the finalists drivers and in the spirit of competition, it was a unanimous ‘yay’ to have the finals in the torrential downpour. The drivers have to adjust their braking points and acceleration because of the possibility of hydroplaning. One of the Civics in the FWD class gave the crowd a scare when it almost couldn’t slow down in time for the first donut after the starting straight.

Nonetheless, at the end of the day, the Exige was not be as the Kevin Kong, in the 280ZX, took the win for the RWD category. Kenneth Kok took home the honours in the FWD class with a time almost six seconds ahead of Kevin’s. Kenneth’s time was a dead on 1:29.00 while Kevin clocked in at 1:34.81. Completing the RWD class was Eddy in the Bluebird, Marcuc Chye in the Exige, Vijay and Mike Ng, both running Silvia S15s. Although the RWD machines were quicker on the donuts, their girth prevented them from building on that, leaving them in plain sight on the crosshairs of the lighter, smaller and nimbler FWD machines. With the first round coming through without a glitch, the attention shifts to the next round. A course layout will be setup for that, which promises more exciting things. We’re not exactly sure how it’ll be run but here’s hoping that it will be something along the lines of the Race of Champions. 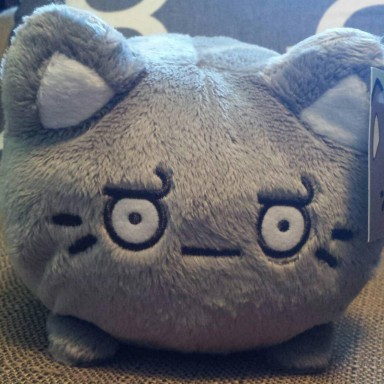 Saturday, 21 May 2011 - 2pm: Please come to Cyberjaya Gymkhana Round 2. 1st half will be in the afternoon to evening. 2nd half will be at night. Course set-up will be twin grid style - ala Race of Champions.

Round 1 was a great event. Lots of interesting cars and some heart-stopping moments - as with the civic that nearly aquaplaned to the edge of the car-park, spin-outs by the numerous participants at the tricky home stretch that loaded up weight to the right sides of the cars. The supercharged Myvi was also an amazing sound by itself and it's not often to see a Nissan 280sx burning up the track - he seemed faster in the wet oddly.

I think the Renaults were also stock to the bone???
Expand signature
[SIGPIC][/SIGPIC]

got any Video for this event. love to see how the course goes..
Expand signature

I saw a few ppl making some vids with handphone and a camera. No one has uploaded any so far.

Yea for gymkhana a video would be nicer. Please put the videos out if any of you recorded it. Thanks.

there are a few on youtube....got to search for Cyberjaya Gymkhana, and some on FB as well