friend, I need around 8 nos of talkie for my new job. but will purchase 2 nos 1st for trial at my job site, will purchase all in 1 shot once i feel satisfactory. izit negotiable?? pls call me, Lee 017-3390998

Power rating 2.5W
5km range, even with lots of buildings, traffic and trees, i have
tested myself
Can store 99channels
Can set frequency, can communicate with all
Motorola Talkabout models & other models like Kenwood TK3107, TK3207, Motorola GP328 & etc.
3 months warranty

Handsfree...add RM10 for one piece

Can ship anywhere around Malaysia including Sabah, Sarawak & Brunei 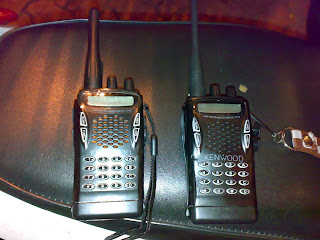 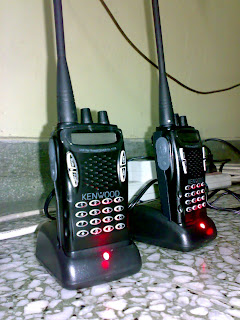 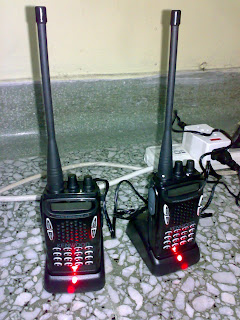 TK1118 - 2.5watt power, 4 to 5km depend on obstacle..i've test, quite far can get signal, can set freq so can communicate with nearly all walkie talkie i.e. motorola talkabout, motorola GP328, other kenwood models n etc..

Other models - i got TK-K2at 7.2watt power..better distance even with many obstacles i.e. buildings, trees...other powerful models, VHF walkie talkies if u want also available...contact me for further details..

You can visit Jaimarketplace for explanations and photos..

i can ship anywhere around malaysia, including sabah, sarawak & brunei..

You are selling is a Fake Kenwood Walkie Talkie.....!

should you have any problem, please contact kenwood Malaysia or Kenwood Japan for clarification.


RM50,000 worth of fake walkie-talkies seized in raid


KUALA LUMPUR: More than RM50,000 worth of fake Kenwood walkie-talkies were confiscated in a raid at Low Yat Plaza and Bukit Bintang Plaza here.

More than 100 units of the TK-3107, TK-3207 and TK-1118 transceiver models were seized in the raid which began at 1.25pm. The outlets involved were believed to have produced the TK-1118 model, bearing the Kenwood brand, but the company has never manufactured this model.

A Kenwood legal adviser said a fake transceiver set was sold for RM430 compared to an original set which costs more than RM700.

“The raid was conducted after Kenwood received complaints from customers about the poor quality of the products,” she said, adding that more such raids would follow.

She also said Kenwood intended to take civil action against the shopowners.

You should check with your distributors or supplier if what you are selling is a genuine products.

Kenwood completely wins lawsuit regarding copyright infringement (copying of a printed circuit board of wireless radio equipment) in Taiwan
Aims to use this successful case to curb manufacturing and sale of copycat products
Kenwood Corporation* (President and CEO: Kazuo Shiohata; Head Office: Hachioji-shi, Tokyo) hereby announces that it has won a lawsuit regarding the artwork copyright infringement (copying of a printed circuit board) on its wireless radio equipment, which was filed with the Banciao Summary Court in Taiwan against Ham Radio Co., Ltd. (hereinafter “Ham Radio Company”) in Taiwan.

In September 2004, Kenwood determined that the wireless radio equipment made by Shenzhen HYT Science & Technology Co., Ltd. in China (hereinafter “HYT Company”), HYT TC-268S/368S, which were imported and sold by Ham Radio Company, had infringed the copyright of a four-layered printed circuit board that was used in Kenwood’s wireless radio equipment TK-2107/3107. We filed a complaint to the Banciao Summary Court in Taiwan, requesting that the sale of the copycat products be stopped and asking for compensation in the amount of NT$200,000 (equivalent to about US$5,900). Thereafter, the case was transferred from the Banciao Summary Court to the Taiwan Banciao District Court. After going through the necessary procedures, which included having the expert appraisals in the field of copyright, the court issued the following Judgment to the Ham Radio Company and its representative in the first trial held in February 2008.

Summary of the Judgment
Ham Radio Company and its representative shall not distribute wireless radio transceivers (model number HYT TC-268S/368S).
Mr. Li Yongcheng, the representative of Ham Radio Company, shall pay compensation in the amount of NT$200,000 with 5% interest, calculated for the period between October 12, 2004 and the redemption date, to Kenwood Corporation (equivalent to about US$7,500, inclusive of currently accrued interest).
Ham Radio Company appealed the ruling to the Taiwan High Court, but Ham Radio Company recently withdrew the suit. As a result, the first Judgment of the case became final and conclusive, and Kenwood won the lawsuit completely.


The fact that the Taiwanese court acknowledged that the printed circuit board which is used in the wireless radio equipment made by HYT Company, HYT TC-268S/368S, is a copycat product of the printed circuit board that is used in Kenwood’s wireless radio equipment, TK-2107/3107, will be a significant power in suppressing companies which manufacture and sell similar copycat products not only in Taiwan but also worldwide. Kenwood will continue to make all-out efforts to eliminate the copycat products that are being distributed across the world.

Kenwood is taking a firm stance in its confrontation of companies that produce counterfeit or imitation goods by identifying them and appealing to the government authorities or filing lawsuit. We will retain our basic stance of protecting consumers and the interests of Kenwood throughout the world and will continue to strongly promote activities against these illicit companies and imitation product manufacturers to eliminate infringement of our intellectual property rights.

Kenwood Group is reaching out to discover, inspire and enhance the enjoyment of life as part of its bold, new vision for the future. As a leader in the field of Mobile & Home Multimedia Systems, Kenwood is comprised of three businesses (Car Electronics, Communications Equipment and Home Electronics) in 13 domestic and 27 overseas subsidiaries around the world.