Another sad news for the WRC fans. Richard Burns passed away due to brain tumour though he fought bravely.

He will always be remembered for driving his Subaru to the World Championship in 2001.

wah... another legend pass away..

haih..finally hes done..fer how many yrs hes been fighting..got rally game produce under his name,but not really nice la..
anyway,god bless him la..

God bless his soul..
may he rally in peace ;)

It's indeed a very sad news not only he's just 34.
That's how fragile human is. Rest In Peace.

elainenicklaus said:
..got rally game produce under his name,but not really nice la..
anyway,god bless him la..
Click to expand...

The game may be "not nice" to some, but to enthusiasts, it's the most realistic rally game ever produced.

I recall reading in Performance Car mag in '91 when a 20yr old Richard rallied a 911 in a Military Proving Ground. The feature mentioned his bright future prospect.

In a Performance Car of the Year issue a couple years later , he's intro-ed as " Road Tester and Upcoming Rally Star".

Oh dear, the world has lost another great talent. RIP.

holy shit... i'm going to miss Burns. Oh man.. i totally lost track of rally and only to find out burns had passed away.

may he rest in peace wei...

It is with very great sadness that we must announce the death of Richard Burns, the 2001 FIA World Rally Champion. Burns, who was diagnosed with an astrocytoma, a form of brain tumour, in November 2003 passed away last night Friday 25th November peacefully. His partner Zoe, family and close friends were at his bedside.

From the outset Richard knew that the odds were heavily against him and yet he fought his illness with bravery and good humour. Having undergone both chemotherapy and radiotherapy he was able to leave hospital in summer 2004. For a while his health showed signs of improvement but then after six months it once again began to decline. Determined not to give up, he opted for surgery earlier this year. This alleviated some of the symptoms of his illness and enabled him to remain active. At Castle Combe in August he attended a parade of the rally cars that he drove throughout his career and was touched by the warmth of the reception he received. However there was to be no miracle and in recent days he lapsed into a coma.

The media, friends and fans are asked to respect the family’s privacy at this time. There will be a private funeral and instead of flowers the family would ask that donations be sent to Cancer Research. Anyone who would like to send messages should address them to the memorials pages on this website. www.richard-burns.co.uk/memorials

The date of a memorial service will be announced shortly. 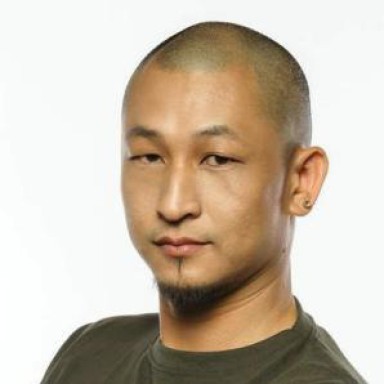 The world has lost another great champion. :(