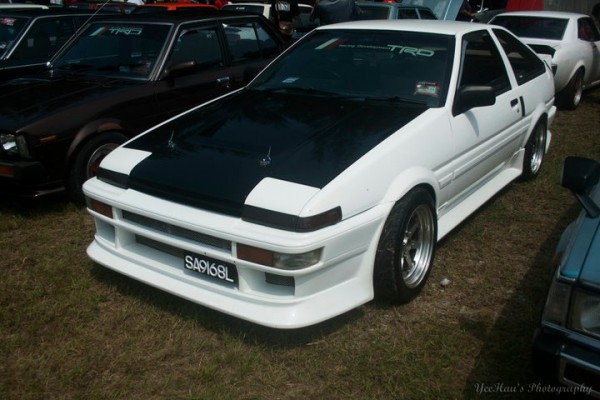 Last Sunday, Olskool.Org organized one of their largest car club gathering at Pantai Cahaya, Port Dickson. It was reported that 534 cars participated during this event and the organizers have worked hard together in order for this event to be successful. The committee members have arrived the day before and started preparing for this mega gathering. The event started in the morning til late afternoon and there were prizes given according to car categories at the end of the day.

blank - u use ladder kah?

I realise like so many toyota....
dont care la what model....:proud:

i'll be there next year..

my dad will hand over his KE70 to me 2nite

i'm still searching for the ads..